Wi-Fi is available at the VFW 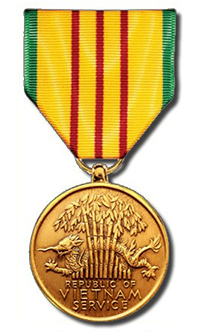 On Friday, March 29, 2019 several events will be hosted throughout the United States to honor Vietnam veterans, many of whom did not receive the recognition they deserved when they came home following their service.

Veterans who served in the military during the Vietnam War often claim they are “Vietnam veterans”. Simply put, they are not Vietnam veterans. Vietnam veterans, for the most part had to have “boots on the ground” in Vietnam or its contiguous waters or airspace; or, limited to specific persons on an individual basis for service Thailand, Laos, or Cambodia or the air spaces thereover and in direct support of operations in Vietnam. (This does not include ALL personnel who served in Thailand, Laos or Cambodia during the Vietnam War.) U.S. Navy personnel who were off the coast of Vietnam are also included as “Vietnam veterans”.

After extensive research of various mortality indexes and sources The American War Library estimates that approximately one-third of those who did serve in Vietnam (approximately 850,000) are alive today. (Vietnam veterans are dying at about the same rate as their WW-2 fathers.) Since 1988 The War Library has been working to verify the names of all Americans who served in Vietnam, or were authorized the Vietnam War Service Medal.

Greenwood Memorial VFW Post 5864 is a non-profit organization dedicated to U.S. military veterans, their families and our community. Thank you for your interest in becoming a VFW member! Click the button below for more information!